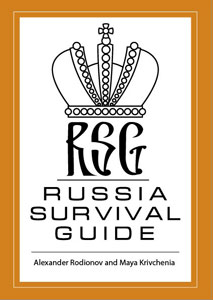 One of largest argument in biggest Russian cities is «which of cities is better». And there are  lot of reasons for never-ending debates as  these two  cities are completely different with it’s own pro and cons.

For Muscovites  St. Petersburg   was always the depressing slow city where you spend weekend if you want to visit Europe,  but  you don’t have time and money for it.  For citizens of St. Petersburg  Moscow is place where you work  and earn money, earn very good money.

Competition between these cities started immediately after of foundation of St. Petersburg.  And it never stopped.  That’s why visiting Russia be prepaid  to  see two different faces of Russia, two different way of mind and different life style.

Historically both cities were different – Moscow  was a village that grown from small settlement to the biggest city in Europe.  Meanwhile St. Petersburg  from the very beginning was  created as capital  of  the biggest country  in the world  with target to impress and show wealth and power of Russian Ampire.

Peter the Great,  founder of  St. Petersburg,  didn’t like  anything traditional  Russian  and loved highly developed  Europe (especially Amsterdam where he studied)   and that’s why he wanted to build new European city. Specially for this reason he invited best  western  architectures to plan and build St. Petersburg. Peter the Great made every Russian noble person and merchant to  build their residence in St. Petersburg  - and as a results  there are  about  600 incredibley beautifull palaces in St. Petersburg and only dozen  in Moscow.  St. Petersburg  had general plan of development with big squares and  wide prospects, with separate  districts for palaces of Tsar’s family, for nobles and for merchant houses. In some areas streets don’t have names – just numbers in New York fashion.

Moscow was formed starting from fortress Kremlin where tsars were sitting, and city was growing around it and getting it’s  circle (ring) form – Bulvarnoe  Ring, Garden ring, Moscow Ring Highway.

St. Petersburg city center is under protection of UNESCO that’s why you will not find  modern building in downtown  part.  It was big scandal when Gazprom wanted to build it’s 300 meter tower not far from city center and people of St. Petersburg  had demonstrations  against  it and made construction to be was cancelled.  Meanwhile in Moscow rules are not so strict about mixture of historical and modern  building and that’s  why general image of Moscow is modern glass and stone constructions are standing to old historical mansions and cathedrals.

Interesting fact that basically all old churched and cathedrals in  St. Petersburg were created in western style. The only Russian style churches in historical center is Spilled blood church that’s look like main Moscow symbol – St. Basic Cathedral.  But in Moscow – all churched are built according to Russian orthodox traditions. When we speak about Russian Orthodox churches we mean building with vertical structure, very bright colors and multiply domes.

So, generally we can say that St. Petersburg from architectural point of view is very European and international city frozen in a state  as it was in 19th century. Moscow is in opposite – it is dynamically developing  megapolis,  caraccteraized by combination of traditional Russian style and highteck buildings.

Good example of different articetrure style and people perception could be peoples’s opinon about famous Moscow artist and architector Zurab Tseritely  who  who was very close friend of Moscow mayor Yuriy Luzhkov.  And thanks to his friendship (productivity and talent, of course) Tseritely was involved in almost all governmental projects – for example  he created all decorations of newly rebuilt Christ the Savior church, complex of Manezh square  etc.  But general population in Moscow, I would say,  dislikes  him and his works due to ugliness, lack of taste etc. They always say that his work ruined historical and stylish look of the city, but for people from St. Petersburg it is difficult to understand because in our opinion (comparison with St. Petersburg) there is no style in Moscow at all. And  for people form St. Petersburg actually all Zurab Zheritely’s sculptures and works  are pretty nice. For me this  topic always brings a lot of conflicts with Moscow guides, driver etc.

New book offers a mesmerizing slice of life in Russia. Alexander Rodionov & Maya Krivchenia shares an informative and enjoyable guide to enjoying the historical and cultural wealth of the world’s largest country.

Episode 59: How to save money on hotels in Russia - Tsar Events DMC & PCO's RUSSIA SURVIVAL GUIDE