Just as a year ago, downhill skiers are the first to participate in the test events of the forthcoming Olympic Games 2014 this season at the Rosa Khutor Snowboard Park and Freestyle Center.

Sochi 2014 was presented with the «Environment and Sustainability Award» at the International Sports Event Management Awards in London. The award was added for the first time to this year’s program. It recognizes sports event that has shown a significant awareness of the environment.

Swissôtel Hotels & Resorts has announced a further addition to its portfolio of Russian hotels, following the signing of a management contract for a luxury hotel in the Gorky-Gorod mountain resort in Sochi.

The new hotel, to be known as the «Swissôtel Sochi Gorky Gorod» will become Swissôtel Hotels & Resorts’ first ever ski resort in a country where it has already had a long established presence, running the extremely successful Swissôtel Krasnye Holmy in Moscow for several years already.

Plans are already afoot for the new hotel to play a part in the Winter Olympics to be held in Sochi in 2014. Swissôtel Sochi Gorky Gorod will be included in the Krasnaya Polyana winter sports zone, providing accommodation to athletes and officials for the games. By 2014, officials plan to have up to 59 ski lifts in operation, which will be able to access almost 200 km of ski pistes.

About 158 elegant rooms and suites, six penthouses, several restaurants and bars, as well as a Spa & Fitness Centre are planned for the new hotel. Most of our company’s hotels are primarily city or business hotels in large metropolises, and this will be companys first ski resort. 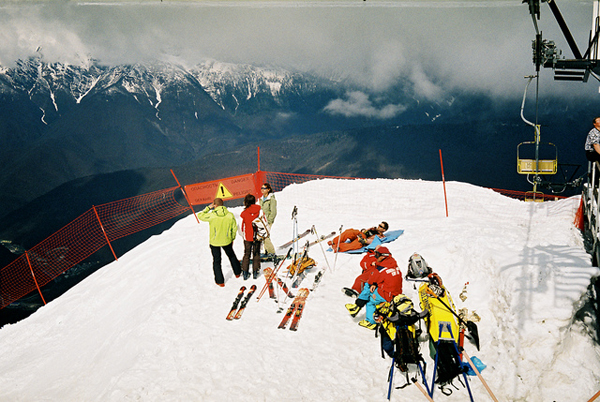 Krasnya Polyana contains two world class ski villages that will be used during the Olympics, and will be the stage for all outdoor events in the games. In addition, the resort will accommodate over 4,000 foreign journalists during the games at the Olympic Media Village which is being constructed in the area.

As well as the Olympics, the prospects for the Swissôtel Sochi Gorky Gorod and the Krasnya Polyana region look good – located just 40 minutes drive away from the beach resort of Sochi, which attracts more than 4 million tourist visitors from both Russia and abroad each year, the possibility of combining a beach holiday with top class skiing has never been easier.

By the year 2013 the organizers of «Winter Olympic Games 2014» in Sochi will launch 45 hotels with more than 27 thousand rooms of different class.
Approximately 10% of hotels will receive a 5* category, 30% — Category 4 * and others will meet 3* level. As required by the IOC, the greater bulk of the hotels should be put into operation no later than June 2013. In addition, all hotels by this period should draw to cooperation or create their own professional management companies.

SOCHI WINTER OLYMPICS COULD BE VISA-FREE

Visa free travel to Russia is set to become a reality at last – but only for winter sports fans. With Russian and EU ministers edging ever closer towards an agreement that would scrap the current complicated visa arrangements, Russia could be prepared to make a gesture of goodwill by making the Sochi Winter Olympics in 2014 visa-free for sports fans.

If visa-free Olympic travel is agreed, it will be for everyone in the world, not just citizens of the EU. However, such a concession should not be seen as a stepping stone to the abolishment of visas to travel to Russia for other means. Much like the 2008 European Champions League Final, when football fans were allowed to visit Moscow without a visa to watch the match, there won’t be any massive changes following the Olympics.